Day 9, and we're still taking it easy in Crowsnest Pass.

It was chilly this morning, until we went out to Lundbreck Falls for a picnic and the sun came out. It was quite refreshing to wander down close to the falls and feel the spray on my face, and I had some very pleasant conversation with the local Hutterites who were taking in the falls as well. It was also quite entertaining to see them taking photos with their smart phones while I used camera lenses from the 60s :P

On our way back, we stopped by the Frank Slide Interpretive Centre, which describes Canada's deadliest rock slide, when over 82 million tonnes of limestone rock sloughed off the side of Turtle Mountain, burying part of the mining town of Frank and taking an estimated 90 lives. The remaining rubble gave the entire area a barren, lunar landscape, and it's astonishing to imagine this avalanche of rock hurtling toward you, especially the enormous boulders flowing like a river down the face of the mountain.

But it also had its own beauty, especially with the cottonwood releasing its fluffy seed parachutes into the wind, along with the occasional sighting of marmots and the squeaks of pikas.

The lighting was a little less than inspiring today, so I spent a bit more time in post on some of these photos to give them some more interest :)

That's all for now. It's time to head to bed, because we're back on the road tomorrow morning! 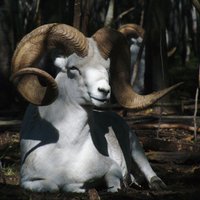